Diesel doesn't need to be a dirty word 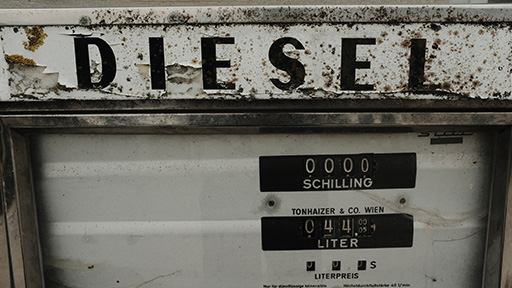 What is a Diesel Fuel System Service?

A Diesel Fuel System Service can be a very detailed process on a modern diesel engine, and is something that almost every diesel vehicle owner will have to consider during the lifetime of their vehicle.

Suitable for most diesel engines, on car cleaning is your first line of defence and designed to clean the fuel system without the costly strip down of engine and mechanical components. Cleaning fluids are circulated throughout the fuel system while the vehicle is running, which allows for the removal of gum, varnish, carbon and other contaminants from the fuel system and combustion chambers.

Results of an On-Car Diesel Fuel System Service are immediate and effective and can include:

Book an On Car Diesel Service

If an on car cleaning does not improve any performance issues you may be experiencing, a more comprehensive in depth diagnosis and service of your diesel fuel system will be required.

The fuel system of a diesel engine consists of several main components and are categorised as either low-pressure or high-pressure.

All these components work together in harmony to fulfil the four main functions of a diesel fuel system, which are as follows:

A fault in any of these components or functions may cause a vehicle to be difficult to start, blow smoke, lack power or have poor fuel economy.

A comprehensive diesel fuel system service involves evaluating symptoms, diagnosing faults and repairing or replacing parts. The complex nature of modern engines means that this entire process can take up to a full day or even longer in some circumstances.

The fuel tank is where you vehicles fuel is stored before it is delivered to the engine, but also helps to dissipate heat from the fuel that is returning from the engine.

The fuel supply pump can be either electrical or mechanical and delivers fuel from the tank to the high pressure pump.

Any fault with either the fuel tank or fuel supply pump/s can leave your engine starving for fuel or receiving poor quality fuel.

Fuel filters are fitted to help reduce premature wear and damage caused by contaminants entering the fuel injection system. In many instances, there is more than one filter fitted. A primary filter removes larger contaminant particles while a secondary high pressure filter removes the smaller particles.

Diesel fuel can form wax crystals in very low temperatures and a fuel preheater helps to minimise this effect. Carried in the fuel, the crystal flakes will reach the fuel filter and gum up the filtering element.As the build up of gum increases, the fuel will no longer effectively flow through the filter to the rest of the injection system.

This will result in significant loss of power or in other cases, will stop the engine from running.

In a push to lower vehicle emissions, diesel engines are being redesigned and fuel pressures have significantly increased. The rise in pressures has increased the heat input to the fuel beyond levels that allow the engine to run without negative effect.

The exact method of cooling employed by a particular vehicle will depend largely on its design and requirements and may not be needed at all, but as diesel engines continue to evolve it is becoming more common place.

A diesel fuel injection pump is a very complex component and lies at the heart of all diesel engines. Fuel is pressurised by the injection pump and delivered to the injectors in carefully calculated quantities. Injection pumps are traditionally mechanically driven, however, more sensitive electronic units are now being used in passenger vehicles to keep up with the ever increasing demand to lower emissions.

A fault within the diesel fuel injection pump can present itself in the form of decreased fuel economy, loss of power, surging or even engine stopping. The complexity of diesel pumps makes them difficult to rebuild and entire replacement units are fitted in most cases.

Accumulators are used in fuel systems to store a quantity of fuel at high pressure prior to being sent to the injectors. They provide the engine with a consistent fuel pressure regardless of engine speed and load. Common rail diesel fuel systems employ an accumulator (rail) which is mounted along the engine block and supplies multiple fuel injectors with high pressure fuel.

Common rail diesel systems consist of multiple high pressure pipes. When these pipes are first fitted to a vehicle, the mating surfaces deform to form a tight seal with the seat when a nut is tightened. If these pipes are removed, it cannot be guaranteed that the tight seal will be maintained and leaks may result if the pipe is not replaced.

The function of a fuel injector is to inject fuel into the engines cylinders where combustion occurs. Considered the most complex component in a diesel fuel system, the injector is made up of several smaller components that work in unison to provide a consistent fine mist of fuel to the engine. Diesel injectors operate at extremely high pressures and as a result will wear out in time. The injection nozzle, which is responsible for producing the fine mist of fuel should be replaced at regular intervals-ie. every 100,000kms and in some cases, the entire injector will need replacing.

Controlling the correct fuel quantity and injection timing for any given engine load or environmental factor has become paramount in ensuring predictable vehicle response in all conditions. Changes in technology have seen older glow plug and mechanical style configurations replaced by complex networks of electronic sensors that measure everything from R.P.M to engine coolant temperature. The link between the engine and its sensors is the Engine Control Module(ECM).

Injection valves are actuated electromagnetically to precisely inject the fuel. They comprise a valve body, nozzle guide, magnetic windings and a nozzle needle that is held on a valve seat by spring pressure. A control unit calculates and actuates the opening and closing of the injection valve against a precision bore hole.

Functions of a Diesel Fuel System

Starting at the tank in a low pressure state, fuel is pumped and compressed to high pressure before being sent to the injectors and entering the engine.

Engine load applied via the accelerator is translated and precise calculations are made to adjust the fuel quantity supplied to the engine in any given circumstance.

The timing between injection, ignition and combustion is monitored and adjusted

Complete and optimal combustion of diesel fuel is obtained by atomising the pressurised fuel and allowing it to thoroughly mix with the intake of air.